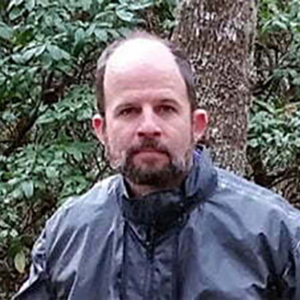 Jeff grew up in Alpharetta, Georgia, and now lives in the mountains of Pickens County which he came to love after weekend trips there as a child. He is a self-employed carpenter who learned the trade alongside his father building cabinets and custom homes. When he first obtained a carry license at the age of 21, he called his best friend (a police officer) to let him know. His friend chuckled and said, “Have you read the back of it? That thing ain’t worth the paper it’s printed on.” From that time on, his gun was in the glove box of each vehicle he owned until an incident in 2008 that ingrained in him the need to carry. A quick internet search to see if anything had changed in the past decade and half in the Georgia gun laws turned up GeorgiaCarry.Org. The laws had not changed, but they were about to as GCO passed its first bill shortly thereafter. Jeff joined GCO and soon became a Life Member. He has spoken for GCO at several political meetings across North Georgia and was able to get free airplay for a radio ad he recorded on over a dozen stations. He is active in recruiting, particularly during fall festival season when he manages tables for several events.

Jeff and his wife Janet enjoy hiking, golf, and travel. In his early twenties he walked eight hundred miles of the Appalachian Trail. He also enjoys mountain biking, motorcycling, and showing off pictures of his granddaughter.