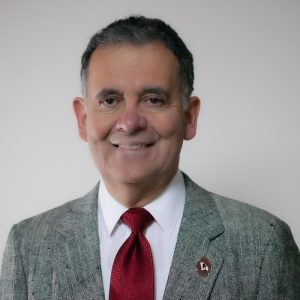 Luis was born in San Salvador, El Salvador and legally immigrated to the U. S. A. in 1981. Though his father was a skillful shooter and marksman, his untimely death prevented his passing on his skills to his son. Nevertheless, when a group of Marxist terrorists in his native country murdered his only sister and wounded his aunt and grandmother, Luis realized that your own security and that of your family is a personal responsibility. Luis graduated with a dual degree in Electrical and Mechanical Engineering from El Salvador’s National Autonomous University and started a 28-year career with IBM Corporation, where he held many IT positions, including project manager and technology spokesman for five Olympic Games that IBM sponsored. From 1990 through 2000, Luis lived and worked in the host countries for the Olympic Games: Spain, Norway, Georgia U.S.A., Japan, and Australia. After his stint with the Olympic Games, Luis became an IBM Media & Entertainment technology media consultant. When he left IBM in 2009, he founded his own media technology consulting firm. Luis’ passion for defending the 2nd Amendment blossomed after living and working in the many different countries where citizens do not enjoy the freedoms that we still have in the United States. Luis, his wife Elizabeth and son Joaquín are all life members of GCO.